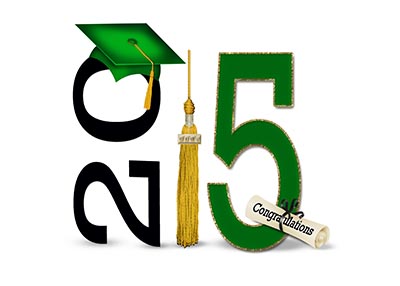 Think you need a college education to start a business?

Yes, college can teach you many elements of the business world, but there is something to be said about real world experience. In fact, there are many successful entrepreneurs that either never went to college, or dropped out.

Entrepreneurs without a College Degree

Evan Williams, co-founder of Twitter. Williams attended college for one year and dropped out. He gained experience working for Hewlett-Packard and Intel, and eventually teamed up with his partner to launch Blogger. In 2006, Williams worked with Noah Glass, Biz Stone and Jack Dorsey (none of which have college degrees) to form Twitter.

Richard Branson, founder of Virgin Records. Branson didn’t go to college; he didn’t even finish high school! He actually started his first business at the age of 16. Three years later he started a record shop called Virgin, which led to the launch for Virgin Records and eventually Virgin Airlines.

Steve Jobs, co-founder of Apple. Jobs is another famous entrepreneur who dropped out of college. Tinkering with electronics since he was a child, Jobs was always interested in technology. He worked for Atari, experimented with money-making opportunities with Steve Wozniak, and together they formed Apple in a garage.

Dave Thomas, founder of Wendy’s. The founder of the fast-food company dropped out of high school and worked full-time in a restaurant. Thomas opened the first Wendy’s in 1969 and became the face of the brand.

Michael Dell, founder of Dell Computers. Dell attended college, and started forming what would eventually be Dell in his college dorm. He dropped out of college and found success selling upgrades for home computers. He continued on to build Dell.

Ralph Lauren, CEO of Ralph Lauren Corp. Lauren dropped out of college after only 2 years to join the Army. After his service, he started selling clothing. He started his design career by creating ties using the name Polo. He expanded to a full-line of menswear and then onto women’s clothing.

How to Get Your Experience

In lieu of college, how will you learn your trade and get your credentials? Here are some ideas that others have used – and succeeded with.

Gain experience. Many of these entrepreneurs started out working in positions related to the companies that they started. Put in the time and get some first-hand experience.

Take free courses. With the advent of the Internet, there are many courses out there for free or for very little. Check out Udemy, Skillshare, Cousera, and even TED talks and YouTube.

Recruit a team. Many of these successful people teamed up with other driven people. Steve Jobs had the Woz. Twitter was founded by a group of people. Build your team to help you on your journey.

Start small. You don’t have to create a multi-million dollar company overnight. You don’t even have to think long-term. Starting something small is a great starting point and can help you learn what you need to know about starting a successful business.

A college degree isn’t the only path to a success business. Many well-known entrepreneurs didn’t finish college. Some of them didn’t even finish high school!