5 Highly Successful Business People Who Started With Nothing 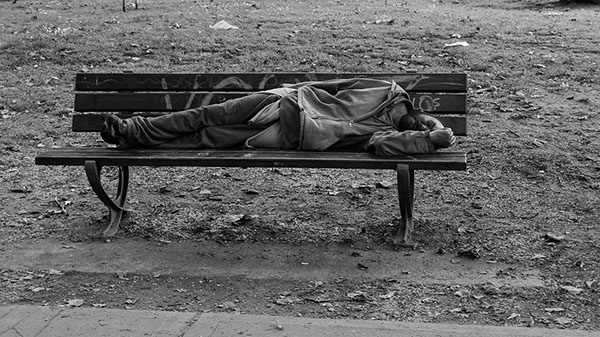 There are some people who got their millions through inheritance. Paris Hilton, for example.

There are others who were given an already highly successful business. The Walton kids of the Walmart empire.

THEN there are my favorite success stories; those business and entrepreneurs who started with nothing and became successful despite not having any help. In fact, most of these extremely successful businesses were founded by people with absolutely nothing and yet still found a way to become household names and make huge marks in the industry they are in.

Here are some extremely successful people who started with nothing but a dream.

Blakely is the founder of Spanx, an industry-leading intimate apparel company that specializes in pants and leggings.

Before Blakely started Spanx she worked at Disney in Orlando, was a stand-up comedienne, and sold copiers door to door.  Like many other great inventions, Spanx was born out of frustration. During her time selling door to door, her business attire required her to wear pantyhose. She wasn’t satisfied with the look of the pantyhose while wearing open-toed shoes. So, with $5,000 in savings and a lot of hard work she launched Spanx in 2000. The company made $4 million in the first year.

Not a one-trick pony – Spanx now offers bras, underwear, jeans, and pants. They even have shirts and underwear for men.

Blakely has done quite well. Her net worth was listed as $1 billion as of 2013.

You may not know his name but you most certainly know the name of his company. In fact, there’s one of his company’s retail stores, Starbucks, on almost every corner. Schultz just happens to be the chairman and CEO of Starbucks, one of the most successful coffee retailers in the world.

After graduating college in 1975, Schultz worked as a salesperson for Xerox. A few years later he became a general manager for Hammarplast, a drip coffee maker manufacturer. It was in 1981 that he discovered Starbucks. The company was a client of Hammarplast. When he visited the Seattle store he was impressed with its operation. By 1982 he joined Starbucks as the Director of Marketing.

While on a business trip to Europe he noticed a vibrant café culture. He took note that this culture was lacking from the coffee shops in the US. He wanted the same culture and social atmosphere at home in the US.

Frustrated by the unwillingness of Starbucks’ founders to change their model, he left the company in 1985. By 1986 Howard opened his own store, Il Giornale. In 1988 Starbucks decided to focus solely on its other retail venture, Peet’s Coffee.  The company sold its Starbucks retail unit to Howard.

Howard Schultz turned Starbucks into a household name. At the time of this post, Howard Schultz has a net worth of $3 billion. Not bad for a guy who grew up poor, living in a New York housing project.

He is the richest man in China. Ma is the founder of Alibaba, the largest eCommerce site in China.

In the following years after graduating from college in 1988, Jack was unsuccessful in finding a job. He applied to 30 different jobs and was not hired by any of them. He was even turned down when he applied for a job at KFC.

Ma discovered the possibilities of the internet on a trip to the US in 1995. After returning to China he started his own company, Internet Yellow Pages.  By 1999 he launched Alibaba. The company was started in an apartment with a group of friends.

Jack Ma’s net worth is listed as $23.6 billion as of January 2016. Now he’s worth more than the entire KFC franchise he once tried to apply to work at one of the retail locations of. A solid step above in our eyes.

While Woodman’s name might not be a household name, his product line definitely is – he is the founder and CEO of GoPro.

But GoPro wasn’t his first business endeavor. His first two companies failed miserably, but Woodman didn’t give up. To help fund his third project, he purchased 600 belts made out of seashells from Bali. He then turned around and sold them for $60 each. With the money he earned, plus a loan from his mother, Woodman created his first GoPro. The first prototype was made with a drill and his mother’s sewing machine.

He is probably the most recognizable name on the list. Best known for founding Virgin Group, which was made up of Virgin Atlantic and Virgin Records, Branson truly started from nothing. He dropped out of school at the age of 16. He was told by the school headmaster that due to his dyslexia and poor academics, he’d either end up a millionaire or be in prison.

In 1966, after dropping out of high school, he started the magazine publication “student”.  Branson and several other students ran the magazine from a church basement. The first edition of the magazine sold $8,000 in advertising. By 1969 he started a mail order record business from the same church from which he published the magazine from. This was the beginning of the Virgin brand. He opened the first retail record store in 1971. The following year, with the money he made from his retail store, he was able to start his own record label, Virgin Records.

Branson went on to start Virgin Atlantic Airways in 1984. It’s hard to keep track of the companies under Virgin Group as there are many. Virgin Trains, Virgin Galactic, Virgin Mobile, Virgin Media, VirginFuels, Virgin Comics…

The headmaster was wrong. Branson didn’t end up a millionaire or in prison. He became a billionaire.  Richard Branson currently has a net worth of $5.2 billion.

There are some millionaires who were given their money, but there are some that earned it. The incredibly successful people on this list run the gamut of industries, but they all got where they are by working hard and never giving up.

We love hearing stories like this. It reminds us that we can accomplish anything we set our minds on, and with the right determination and resources, anyone can build a business vision into a highly successful enterprise even if starting from nothing.

We encourage anyone with a dream, a vision, and the passion to succeed to reach for those dreams and make them a reality, and do not let anything discourage you. We are firm believers in the saying “where there’s a will, there’s a way”. If you are looking to start a business of your own and are trying to become one of the next millionaire entrepreneurs who started from nothing and need some guidance or support, contact our experts at Simplified Capital. We can help.